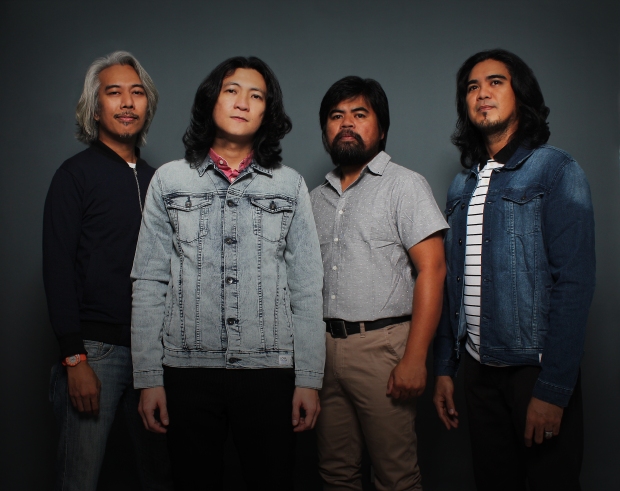 After a four-year hiatus, The Camerawalls return in 2017, continuing the band’s mission to reinvent its influences of 1960’s pop, 1970’s rock and 1980’s new wave. Forging ahead in an era of globalization, the band is taking to the next level, its sonic tapestry of jangly acoustic and driving electric guitars, with elegantly restrained drumming. Incorporating native Rondalla (traditional Philippine folk music) and other classical instrumentations into compositions remains a distinguishing feature of this group’s modus operandi.

Formed in Manila, Philippines in 2007, The Camerawalls served as the flagship band of Manila-based indie label Lilystars Records. The Camerawalls’ debut album “Pocket Guide To The Otherworld” was released in July 2008, followed by the release of digital single, “The Sight Of Love,” the EP “Bread and Circuses” in 2010, and the single “Wanderlust” in 2012.

All these releases garnered favorable reviews, with “Pocket Guide To The Otherworld” meeting with such critical success that demand continued for years after the initial print run of the CDs sold out. Finally, Lilystars produced and released a remastered version in December, 2016, now available in both Digital and CD format. The Camerawalls have collaborated with key members of popular electro pop/rock band Turbo Goth, singer-songwriter Kate Torralba and The Dawn’s guitarist Francis Reyes. The Camerawalls opened for international acts touring the Philippines including Britain’s China Crisis, New York City-based The Pains of Being Pure at Heart, and Sweden’s Club 8 and could tour major cities in Visayas and some parts of South East Asia.

The Camerawalls’ sound is characterized by a lyricism and melodic sensibility largely shaped by singer-songwriter and guitarist Clementine (Clem Castro), together with his fellow former Orange and Lemons bandmate, bassist Law Santiago, and other Bulacan-based musicians including drummer Bach Rudica, who also serves as drummer for indie pop band The Gentle Isolation and a new guitarist Venj Gatmaitan (who collaborated as bassist for Clementine’s critically acclaimed solo act, Dragonfly Collector).

The current members all share similar influences, such as The Beatles, The Smiths, XTC, Belle & Sebastian, The Pale Fountains, The Lightning Seeds, among others. Clementine describes his songwriting as being inspired by poetry, literature, life experiences, The Beatles and The Smiths.

The Camerawalls greet the new year with a major reunion concert, Above the Weather, taking place on March 15, 2017 at the Music Museum in Metro Manila. The band will be joined by special guests including Australia-based Philippine-born indie singer-songwriter Bryan Estepa, and a 16-piece string orchestra.

As the band moves forward into 2017, it plans to release a new single on February and eventually write and record a new full length album followed by an extensive tour of the Philippines, Southeast Asia and other countries.

“If there is one word to describe me and my band it’s REINVENTIONISTS. In the words of Irine Buchine – ‘One that is willing to explore, willing to transcend, thus able to transform.’ I like how my records seem timeless. Listen to it now and listen to it again after five years and it will still sound fresh. I like how we crossover and steadily grow our market in and out of the country basically by sheer discovery and word of mouth alone.” – Clementine