Things are pretty busy lately since the release of our new single “The Sight Of Love.” Also we just recently launched a music video to support it. You can view it Here.  And if you still don’t have a copy, you can download the song for free Here.

But this entry isn’t about that. I’m picking up the pieces where I last documented happenings involving The Camerawalls. As I rummage in our backlog of experiences I came across our pics from our wicked trip to Baguio with label mates Turbo Goth and The Bernadettes.

The night before we left Manila, Lilystars hosted a POP Shoppe! event that featured acoustic sets by Lilystars’ artists to go along with Outerhope – our special guest band for that night. It was laid back and a perfect send-off for a long trip to Baguio. After the event we hit the road at around 3am and found ourselves waking up to the sights of Baguio pines at around 7:30 am. 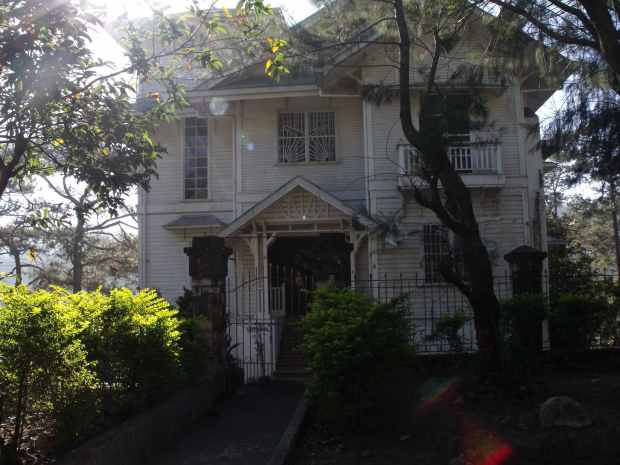 We passed by a famous hunted house in the area which was already used many times in local films. I wanted to stop and stand against the gates to have a picture taken but no one in expressed any interest (out of fear i bet) so we moved along till we reached Antonette’s (our road manager) family rest house along Gibraltar St.

The house along Gibraltar St. where we all stayed over.

We rested for a few hours inside the house, some readily took long naps, and some (including myself) couldn’t take the building hunger as morning turns noon. Ian, Cheska, Sarah, Pao and I didn’t bother to wake up our driver and rode a jeepney towards the nearest Filipino restaurant to satisfy our craving for Beef Bone Marrow & Vegetable Soup locally know as Bulalo!

The food was great and not wanting the others to miss out I ordered some more for take out. When we got back, true enough, everyone was starving.

We have two gigs on that day. A late afternoon stint at SM City Baguio and a longer, more engaging set in the night at Chill Out Bar. The weather was just perfect in the high mountains. Not too hot and not too cold. The water on the other hand was close to being intolerable for baths.

We arrived at the mall around 4:30pm, did a bit of sound check and hang around a bit while waiting for our cue to begin the show.

Turbo Goth started the lazy afternoon followed by The Bernadettes. Small groups of crowd started building up from both ground and upper floor overlooking the stage. Notice how the sky in the pictures below turns from grayish white to black. 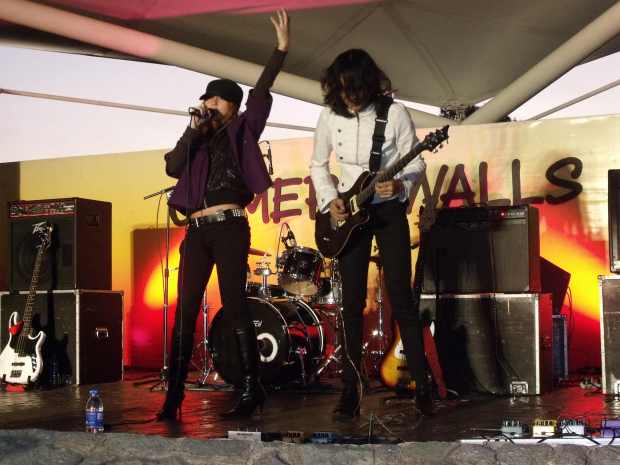 We played a few songs in the mall reserving energy for a long set at Chill Out Bar. A couple of music fans oblivious of The Camerawalls performing at SM chanced upon us while roaming around the mall not missing the chance to score our debut album. We had pizza after.

I always try to accustom myself with large venues for performing although we prefer intimate settings like small bars where the crowd is within reach and attended by real music fans, making us more excited for the event happening later in the night. Gary Martin, the owner of Chill Out, is celebrating the bar’s 7th anniversary and we’re expecting a lot of friends and music aficionados to come over. Joining us in the line up are friends from a Baguio based indie band — The Edralins. Enjoy the featured videos of The POP Shoppe! performances below:

The Edralins covering a song from The Stone Roses.

A yet to be release tune from Turbo Goth entitled Weather Report.

The Bernadettes with their song Let’s Make Babies.

It was our first time to perform out of town with The POP Shoppe! and our second time as a band in Baguio. Last time we played in Chill Out was last year when we were still a trio, now almost the same crowd and much more witnessed us with our new guitar player. 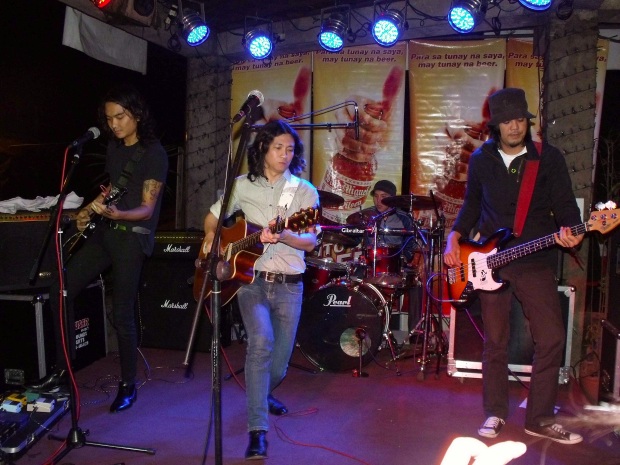 We immensely enjoyed the gig, met some new friends and felt like family with the way Gary and his friends treated us. Drinks and food were non-stop. The excitement and adrenaline wore off as soon as we went downstage after finishing the set with “Woman” by John Lennon as a final request coming from an engaged couple. All throughout the night I can’t help but notice a cute 3 year old little girl dancing around and seemingly trying to sing along to each song that was played. A kid enjoying the show – now that’s entertainment!

From L-R: Me posing with the bar owner Gary Martin, with the couple Jen Bautista (concert producer) and JB Bautista (the president of University of Baguio).