ABOVE THE WEATHER: The Camerawalls + Manila Symphony Orchestra

On March 15 at the Music Museum, a dream will come true and a milestone will be set. A full concert with the string section of the Manila Symphony Orchestra in a sizeable theater and our modest collection of original songs is a major feat for us. And we hope to share the experience with everyone who believed and fell in love with our music.

To our friends and followers, your support in this independently produced concert by our band and our label Lilystars Records will mean a lot in our effort to bring you more music and support other independent artists. Joining us in this event as our guests are Filipino-Australian singer-songwriter Bryan Estepa, who is flying all the way from Sydney as part of his Philippine tour to promote his latest album; and Jing Reyna-Jorge, a crossover Soprano singer, violinist and former vocalist of Sugar Hiccup. Flying from Dumaguete is upcoming singer-songwriter Meagan Trees to open the night.

The string orchestra arrangements are written by our good friend Jojo Gatmaitan, a former member of the Manila Symphony Orchestra. To give you a preview of what to expect during the show, here is an audio sample of Solitary North Star with his digital arrangements applied:

We can’t hardly wait to perform our songs with MSO! See you there!

The sound of the orchestra is one of the most magnificent musical sounds that has ever existed.  – Chick Corea

For reservations, inquiries, ticket meet-ups/delivery and other payment options contact Lilystars at 09053849495, 09987900125 or 09164004343. Tickets are available at Music Museum Ticketron, Jorge’s Portrait Studio and Online at http://thecamerawalls.eventbrite.com

“Boys In The Backroom” Debuts on JAM 88.3 + Live Performance 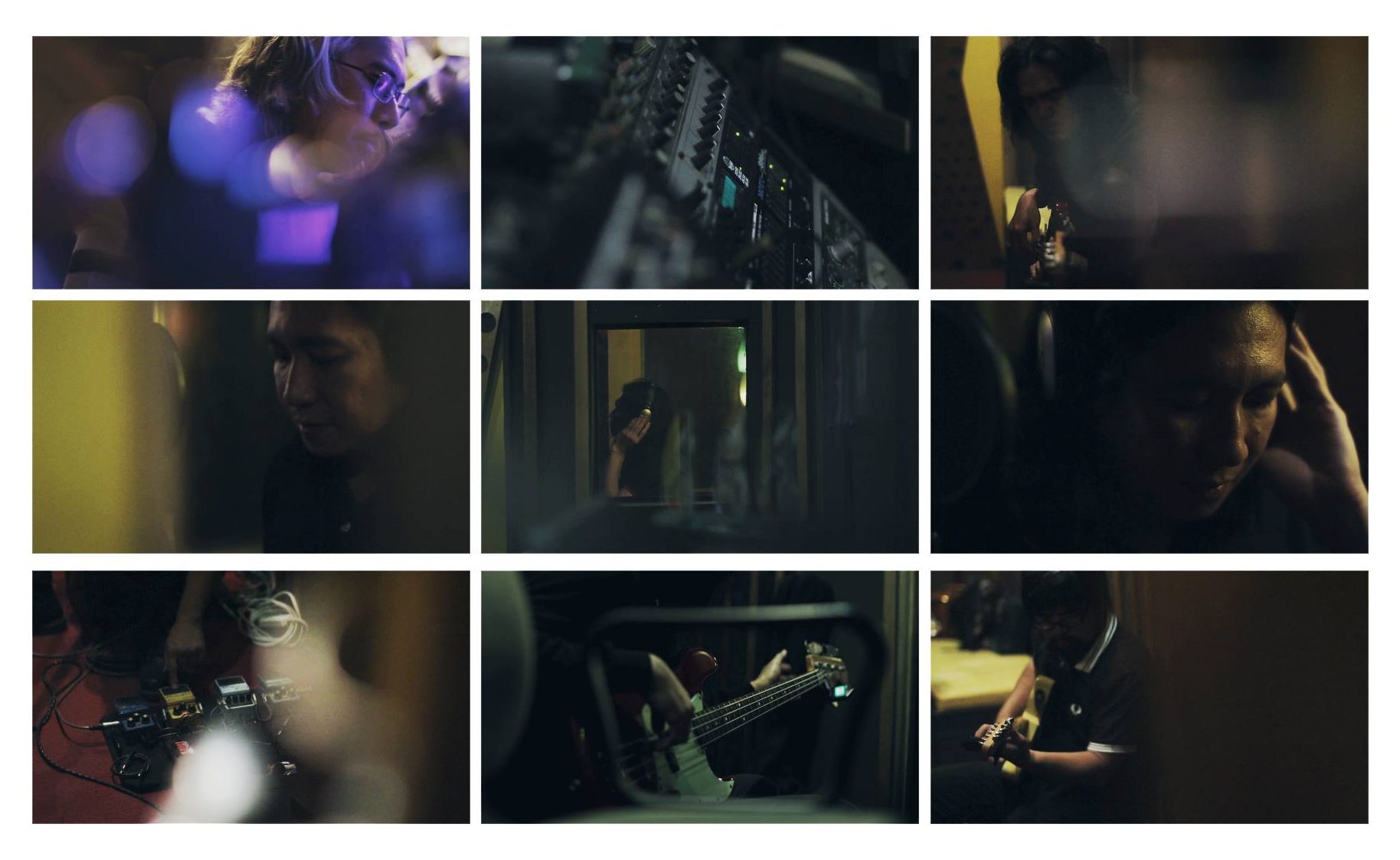 Photos by Kit De Silva of Ophelia and Co.

We are excited to give you all a taste of what is to come in the new album that we will be working on this year. Leading us to expedite the arrangement and recording of a new song called “BOYS IN THE BACKROOM.” After a couple of rehearsals, we scheduled a whole-day recording session on the 24th of January at Sonic State Audio with their usual suspects of producers and engineers guilty behind the recordings of all Camerawalls releases. The result is quite unexpected, a striking new dish on our menu!

Tell us what you think by tuning in to JAM 88.3 on Monday, February 6 at 4:30PM for the Single Premier and on Tuesday, February 7, 4PM onwards for a live interview and performance to talk about the making of the single and our upcoming concert in Music Museum on March 15.

A new song from The Camerawalls ‘Boys In The Back Room’ debuts on Monday, 430PM @gggjoob pic.twitter.com/rKhhOhJs9F

Tickets to ABOVE THE WEATHER, the first major concert of The Camerawalls (with Bryan Estepa and a 16-piece String Orchestra) is available at Music Museum Ticketron, Jorge’s Portrait Studio,  and online at http://thecamerawalls.eventbrite.com.

Our first gig for 2011 that garnered a considerable amount of listeners was in the intimate confines of JAM 88.3, which I believe is the only radio station left that plays great indie pop tunes.

It was our third time to guest and perform in their weekly Sunday show called Jam Sessions. The first one was back in 2008 before we release “Pocket Guide To The Otherworld” followed by a mall show in Cavite last year after the release of “The Sight Of Love“. Both hosted by Tracy Abad.

This time we had the crazy pleasure to be interviewed by the boisterous and convivial tandem of Jugs Jugueta and Kelvin Yu, both members of the local band Itchyworms, now turned noontime show hosts and DJs on the side. Aired last Sunday is a pre-recorded interview and live performance. So live they never bothered editing the supposed “outtakes” which I find ludicrously amusing.

We visited the station to record our session exactly a week before our supposed guesting. We were advised to do an acoustic set, but to our surprise, there inside the booth is a full band set up being used by Tanya Markova who’s about to wrap up with their show. An electric drum kit and a Bass amp is in place, which instantly changed our minds from playing entirely with just an acoustic guitar.

Law didn’t bring his electric bass guitar. We didn’t want to miss the opportunity where each member can play. (It’s not everyday we get to play live on radio). Good thing Em Aquino (bassist of Your Imaginary Friends) left her Ibanez Jet King Electric Bass at Lilystars headquarters, prompting my colleague/roadie Antonette to make a run for it. I’m not sure if she asked permission from the owner, but we are very thankful for this coincidence. (Thanks Em!).

Us performing "My Life's Arithmetic Means". 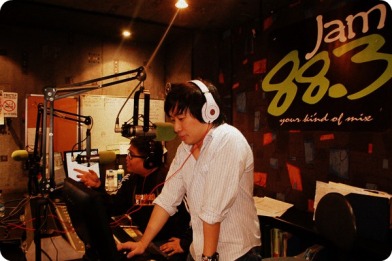 The crazy duo: Jugs and Kel

The session was unlike any of our past radio guestings. It didn’t even feel like we’re on the radio. The setting was more of a drinking spree on a side street, with the hosts laughing out loud at the most ridiculous comments and private jokes they throw at each other and the band. There was even a barrage of questions about Orange & Lemons, to which I comfortably indulged in, giving in to their curiousity.

A wave of nervous excitement greeted us when we started playing the first song “A Gentle Persuasion”, judging by the fact we came unrehearsed and unprepared to play all our new songs especially in a full band set-up. I even have to stop midway in “Birthday Wishes” because I thought I skipped a line (when in fact I didn’t). Eventually we didn’t mind and went along with the show. 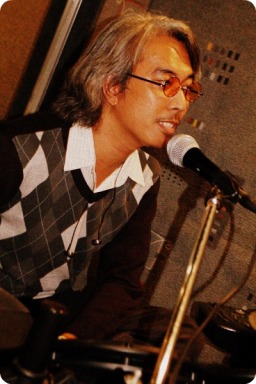 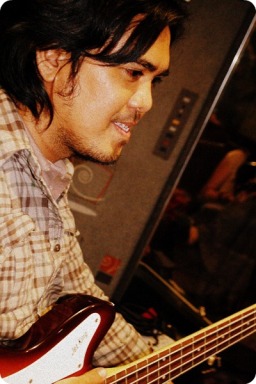 I hardly remember the flow of our long, crazy and sometimes insightful conversations. But one question of Jugs sticked to me like a flypaper. “Don’t you miss the big time boy?” he quips. To which I readily replied by singing the chorus line of Lennon’s “Watching The Wheels”.

I told Jugs it would hypocritical to say that I don’t, but I wanted something more that just instant commercial fame and money. And I stand by the adage, “With good music, money will follow.” I play music not just as a profession but a an avenue of self-expression. A means to capture into music any aspect of my day to day living. It may be something amusing, inspiring, challenging or depressing. Through The Camerawalls and Lilystars Records, we are trying to build a healthy pop scene in this part of the world and help other local bands, hoping to reach a larger niche market in and out of the country someday. 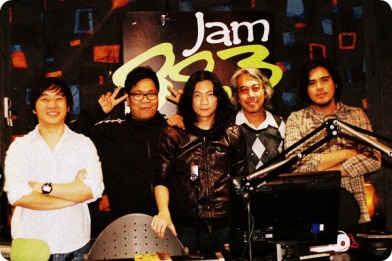 The mandatory pic before we part.