2017 will prove to be an important year for us not only with our comeback in the music scene, or a planned single release, but more so with a major concert that will happen on March 15 at the Music Museum. Hear our modest catalog of songs reimagined live and arranged with a 16-piece String Orchestra! A milestone in the making! 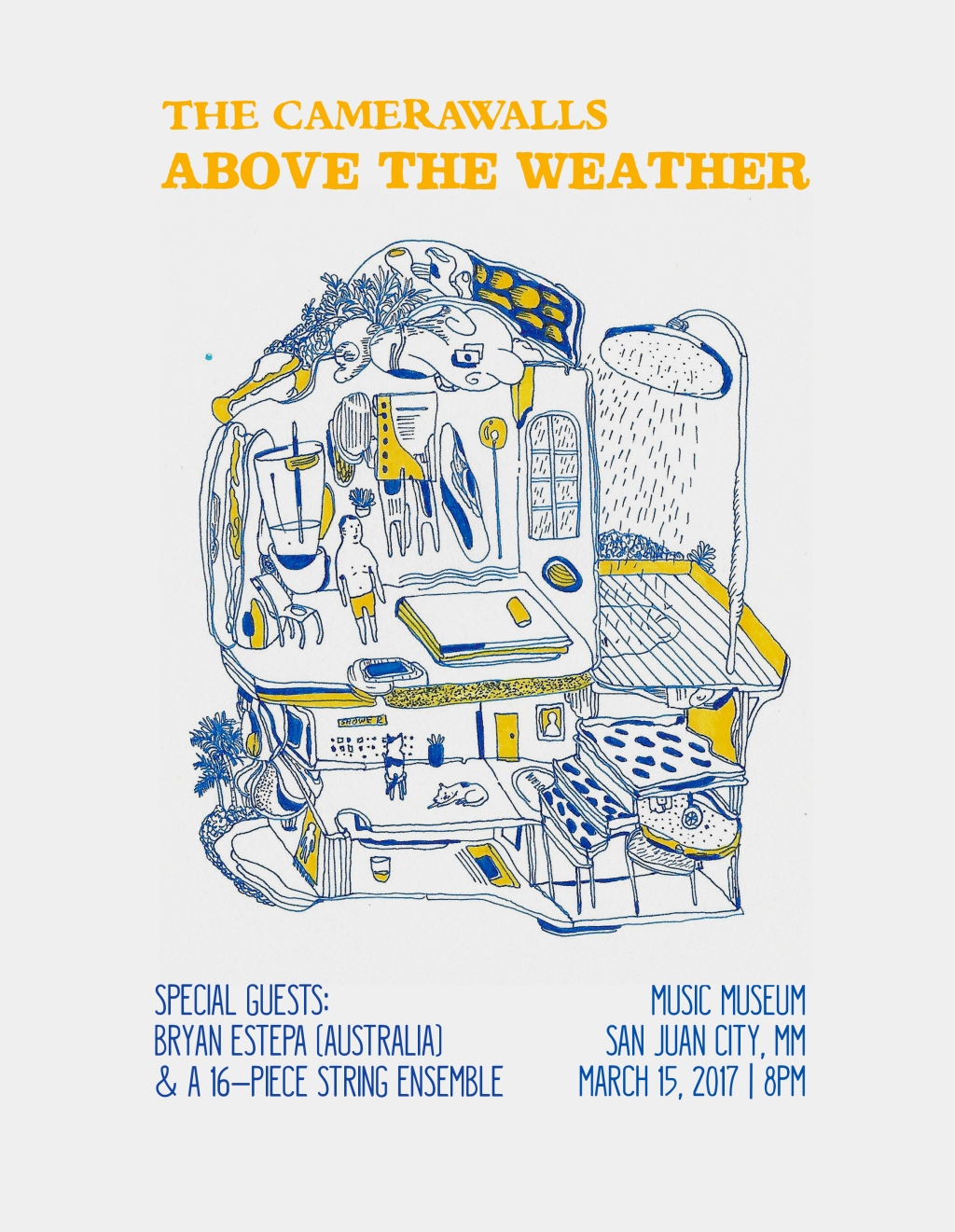 Aptly titled “Above The Weather” and with reference to sociopolitical upheaval, we wish to remain incessantly positive despite of everything and literally face the music instead.

Independently produced by Lilystars Records, this concert will also feature Filipino-Australian singer-songwriter Bryan Estepa, our brother musician from the label with a new album under his belt entitled “Every Little Thing” as part of his Philippine tour.

We also recently released a 2016 Remastered Edition CDs of our 2008 debut album “Pocket Guide To The Otherworld” and as a treat, signed copies will be given away for free to the first 30 ticket buyers. Early bird tickets are now available online at http://thecamerawalls.eventbrite.com.

A lot has asked for a reissue and we are more than happy to bring you back our debut album in CD format. Take pleasure in this wonderful 8th anniversary reissue cover art illustrated and designed by Justine Basa.

This reissue will feature remastered versions of the album including the bonus track “The Sight Of Love” and is scheduled for release on December 10, 2016.

The Use Of Rondalla Instruments

Incorporating Rondalla instruments on records has been a trademark of mine for quite sometime now. Very evident in the last two records I arranged and co-produced: Orange & Lemon’s last album “Moonlane Gardens” and The Camerawalls debut “Pocket Guide To The Otherword.” From time to time I receive quite interesting feedbacks and inquiries about it. So I decided to apprise everyone with some historical and relevant information.

What is a Rondalla? A quick search from wisegeek.com gave me this:

The word rondalla is from the Spanish ronda, meaning “serenade.” The core instruments of a Spanish rondalla are the guitar, the mandolin, and the lute. The musicians are accompanied by at least one singer, and sometimes also by handheld percussion instruments. Though the ensemble of stringed instruments existed in some form in Spain since at least the 16th century, the rondalla dates from the early 19th century. It soon thereafter traveled to the Philippines, at the time a Spanish colony.

The major Philippine rondalla instruments are the banduria, the guitar, the octavina, the laud, and the bass guitar or double bass. The banduria is the central instrument of the ensemble and, along with the octavina and laud, unique to the Philippines. The guitar and double bass each have six strings, while all other rondalla instruments have 14 strings grouped into six tuning units to produce a richer sound.

My father has been a Rondalla instructor since 1965. It is no wonder why I’m fascinated with the instruments especially my intent on its application on contemporary music. I grew up tagging along with him and experiencing at a very early age the aesthetics to appreciate such, listening to Philippine folk songs and kundiman (serenades) arranged for a Rondalla ensemble. I took a certain liking for the Octavina. It gives out a rich mellow sound comparable to the effect of the Cello in a string quartet, apparent in the instrumental section of our single “Clinically Dead For 16 Hours.”

Other songs in Pocket Guide To The Otherworld where i threw in some octavina and banduria sections includes the following from subtle to the obvious:

1. Markers Of Beautiful Memories – a single high note tremolo attack of the banduria towards the end of each chorus.

2. I Love You Natalie – a simple banduria instrumental sequence followed by a clean electric guitar solo.

3. Canto De Maria Clara – the most relevant piece for a rondalla arrangement would be none other than a poem from our National Hero – Dr. Jose Rizal. The combination of banduria and octavina gives a very rich texture to the song with a vintage and patriotic feel over acoustic guitar jangles.

4. Lizards Hiding Under Rock – a perfect example of how powerful and effective the banduria is with call and answer solos over a semi rock tune.

To listen to the songs visit our MySpace account. Enjoy!  –  Clementine

Two Years Of Being

Two years. Two rewarding years of music and friendship. From personal battles to a combo fight and flight for a space in the deadening local music industry. The Camerawalls has forged its way to a bright future, beat into shape and now ready for more growth and progress. With a little help from our dear friends we have played our cards well. 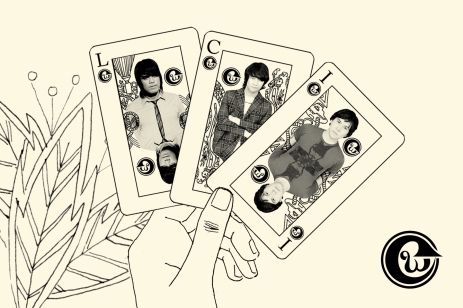 September 10 marks our second year of togetherness, specifically the day when Law and Ian first met and agreed to form a new band with me.  We were all excited about it especially Ian, who has never played proper drums in his entire life, fidgeting about the prospect of sitting behind a kit.

September 1, 2007 – Ian and I hanged out for the first time after almost a year for a jamming session to test his percussive intelligence and sensibility. Turns out he’s a natural. Watch the video taken September 1 of  me and Ian writing a daft song on the spot and jamming it.

September 10, 2007 – The day I formally  introduced Ian Sarabia  to Law Santiago and plans were made for The Camerawalls. Here’s a funny clip of Ian with Law in the background still high with the idea of returning to the music scene.

September 22, 2007 –  “Markers of Beautiful Memories” was written while Ian and I were chatting online throwing lines at each other.

October 26, 2007 – Debut Gig at Gweilos Bar, Makati. “To Be Someone” by The Jam was the first song we played live. This gig featured our new songs “Markers Of Beautiful Memories” and “Changing Horses Midstream” played live for the first time. Click on the song titles to view the live performance.

November, 2007 – Recorded “Markers Of Beatiful Memories.” I reunited with producers/engineers’ Jonathan Ong & Robert Javier (responsible for the production of the O&L album “Moonlane Gardens” which won Album Of The Year in the 2007 Rock Awards), to try the new sound and direction for The Camerawalls resulting into a steady and absorbing recording.

November, 2007  to February, 2008 – Wrote and arranged the rest of the songs for the debut album in the following order: Lord Of The Flies, I Love You Natalie, Clinically Dead For 16 Hours, Ignore My Weakness Don’t Ignore Me, Canto De Maria Clara, The Emperor The Concubine & The Commnoner, Lizard Hiding Under Rocks, Solitary North Star

March, 2008 – Released “Markers Of Beautiful Memories” as a single. First aired on NU 107 and later on was included in the playlist of JAM 88.3. Simultaneously posted in the band’s MySpace the song slowly gained attention and following plus great feedback and reviews.

March to June, 2008 – Recorded the rest of the songs in “Pocket Guide To The Otherworld” at Sonicstate Audio under the production of Jonathan Ong and Robert Javier.

July 3, 2008 – Album Launch at Club Dredd. Watch one of the songs performed here and the Dredd TV interview here.

July 16, 2008 – The POP Shoppe! launch at Gweilos Bar headlined by The Camerawalls.

November 27, 2008 – NU 107 Rock Awards: Nominated for Best New Artist and Best Album Packaging for “Pocket Guide To The Otherworld.” We did not win the award but the recognition as a nominee says a lot.

January 2009 – Released the music video for “Markers Of Beautiful Memories.” Rather late but for a wonderful song little does it matter. It features Sarah Gaugler of our electro pop sister band — Turbo Goth.

January to February, 2009 – The Camerawalls’ Provincial SM Mall Tour (Baliwag, Pampanga, Baguio, Marilao, Lipa). An effort to reach out to our fans and friends outside Manila and promote the debut album. Did sideshows in nearby bars as well in each area.

March 28, 2009 – A mini-concert at Ortigas Park during the yearly celebration of Earth Hour. A memorable gig filled with candlelight in darkened street area of Ortigas. 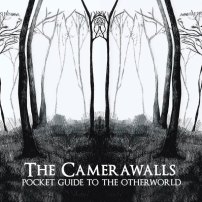 May 8, 2009 – Launch and release of the repackaged edition of “Pocket Guide To The Otherworld” with a new and more fitting cover art by Sarah Gaugler during the anniversary party of Lilystars Records.

May 15, 2009 – Performed at JAM Musicfest. First time to play live with an electric guitar with these songs: Clinically Dead For 16 Hours and That’s Entertainment (The Jam). Click the title to watch the videos.

September 2, 2009 – Performed alongside a great scottish songwriter Ally Kerr during his visit in Manila. The Camerawalls provided rhythm section during his gig at The POP Shoppe.

September 11, 2009 – Second Anniversary celebration at Gweilos Bar where we first performed as a band. Had a great party with Lilystars Records family, friends and supporters. Performed live two new songs that will appear in the upcoming Lilystars compilation album:  “The Sight Of Love” and “Longevity.”

We are thankful for these two great years. To everyone who shared moments with us, supported us along the way, bought our records and turned up at our gigs and shared our excitement — we are forever grateful. Expect more music in the coming days, months and years ahead. – Clementine