We had this opportunity to cover songs from one of our fave indie bands out there. None other than Belle & Sebastian. They’re from Glasgow and has been making music for more than a decade with seven studio albums under their belt. From the bitterness of missing the opportunity to watch them perform during their recent Asian tour (Korea, Japan, Indonesia, Singapore), Lilystars Records and The POP Shoppe! decided to hold a B&S cover night, the closest thing to this musical fix.

It was held at Cafe Saguijo, a small watering hole in Makati last August 5 with The Gentle Isolation, Your Imaginary Friends and Kate Torralba. Over a dozen B&S covers were dished that night and the place was packed with a crowd young and old. It’s rare to see teens familiar with this kind of music. But that’s a good thing, isn’t it?

We tried our very best to cover the following songs: Another Sunny Day, Piazza New York Catcher, I Fought In A War and Funny Little Frog. I must say, although the songs seemed quite simple to the ear, playing/singing it live  and memorizing all those words with only a couple of weeks lead time proved to be challenging.

Stewart Murdoch (the band’s songwriter/vocalist) has a knack for storytelling. Imagine an average of 300 words per song seldom repeating choruses and lines. Below are a couple of videos taken from the gig. Please excuse the lyrical/chord blunders as the songs are like funny little frogs in my throat.

Belle & Sebastian is gearing up for the release of their new studio album entitled Write About Love on October 11. You can read more about this exciting news Here. A glimpse of the new album art below and a short clip on the TV show they are filming with the new song “I Want The World To Stop” to further anticipate. 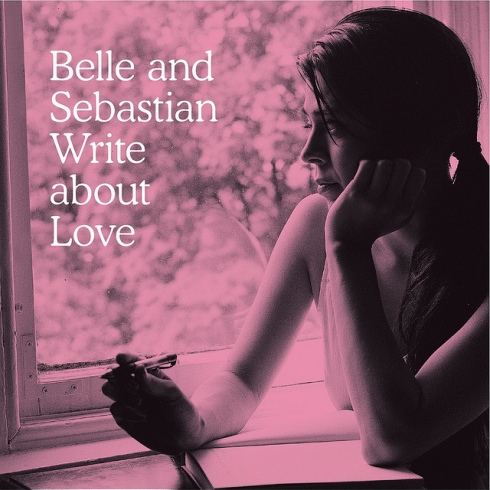 I Want The World To Stop – Write About Love