Rich In Love At Timbre (Part 1)

If you’re an indie band playing indie music, what are the chances of getting on the commercial train in the current climate of our music industry? Not very high, of course. Rejecting what artists are force-fed, and the decision that we can do better ourselves is the fundamental premise behind the existence of indie labels, especially in the case of Lilystars Records.

A few years ago, when I ceased to distress myself over the things that is crippling the health of indie and commercial pop music, I get relieved when once in a while, we receive a knock of opportunity that recharges our battery of hope to thrive and continue. The opportunity to gig abroad was one of them.

Last year, we had a very memorable experience at Baybeats in Esplanade, Singapore. Our first festival gig in a foreign country. A year after, we found ourselves back in the streets of this marvelous city, this time to perform intimate shows in a bar setting. We aren’t so good at finding gigs, much less having an ear and awareness for these types of engagements. Luckily, they find us.

As early as July, we received a generous invite from Timbre Group, a company with a diversified portfolio of a holistic and synergistic range of music, lifestyle, entertainment and education brands, to perform on September 13 and 14 in one of their live music bars – Timbre @ The Substation.

The experience was equally memorable as the last one. We got to play more songs (an hour each per night), meet and greet more people, sell more records and more drunken nights with just the four of us getting plastered in a back alley where Spicy Thai Thai Restaurant is located, helping ourselves with large bottles of Carlsberg (600+ml) and extra spicy Thai and Indochinese food till 3Am.

We arrived at Changi International Airport a day earlier after boarding the first flight via Tiger Airways. Ben and Sy of Timbre welcomed us and took us to our hotel along Dickson Road. Along the way, i brought up the topic about the Old Changi Hospital, asking if the way it was documented in that horror flick is accurate. He shook his head and discouraged us from visiting that place, considered as one of the scariest places in Singapore. Try watching Haunted Changi to see what it looks like inside out.

We rested for a while and did a short tour of Little India complete with authentic Indian cuisine for lunch. Early evening we decided to visit Marina Bay Sands. Along the way, we kept admiring their ultra convenient bus and train system, so far in comparison with what Manila has to offer. 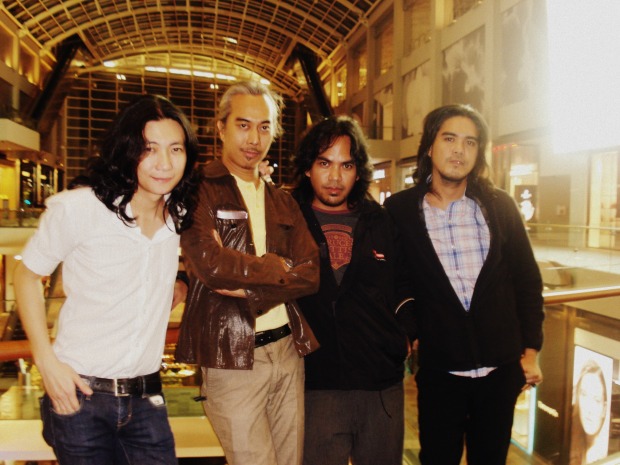 We were able to catch Wonder Full, the free spectacular light and water show, the largest in Southeast Asia. The show employed the mediums of giant water screens, vibrant multicolored high-powered Lasers, search lights, spot lights, fountains, surround sound, strobes, LED lighting, video projection and other special effects. The sights and sounds were astounding and breathtaking. A goosebumps galore moment for all of us.

Wonder Full is definitely a cheap thrill of world-class architecture and musical direction everyone visiting Singapore must see.

It was the best nightcap ever. The weariness from lack of sleep and travel blues was instantly swept away.

Waiting for the bus.

At the Substation – Sept 13

Well rested the following day, we headed early at The Substation where the Timbre branch is located to do a sound check. It was a sizable open-air venue which can hold around 250 people or more. Pretty big actually. We were expecting a closed, intimate space but the ambiance kind of feels like home. 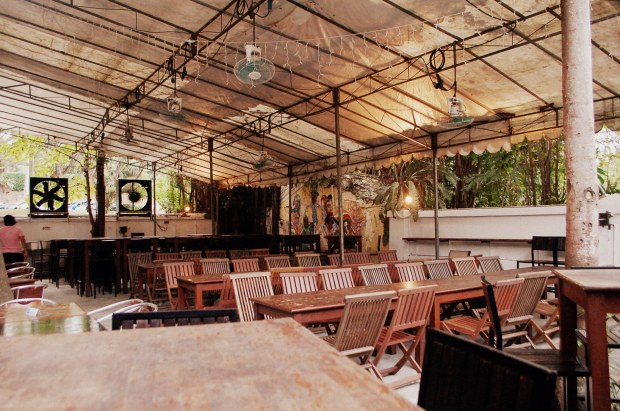 A view of one side of the venue from the stage.

Getting the hang of it.

When we finally got the feel of the sound and the stage, we killed the next hour with pizza and bottles of Heineken. Surprisingly, there were a number of Filipino employees working at the bar. And did I mention the front desk lady at our hotel is also a Filipina? One can expect great service on such occasions. 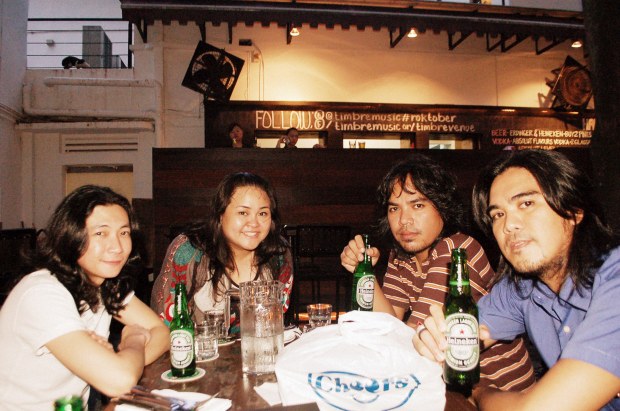 Pizza and beer with our roadie Antonette. 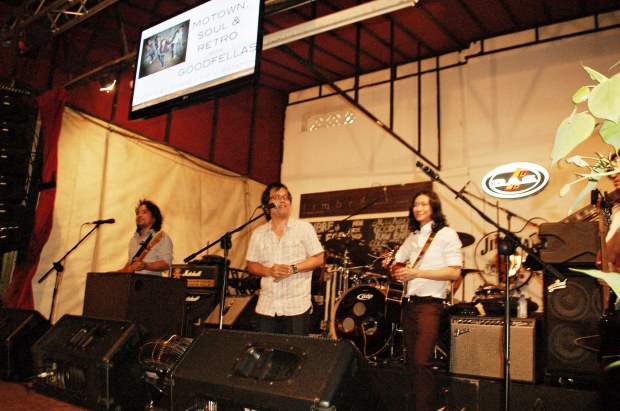 Danny Loong, Timbre's co-founder and creative director, introducing us to the crowd during our first night.

It began to rain the moment we climb the stage to begin the show. We had the pleasure of being introduced by the creative director and one of the founders of Timbre Group – Mr. Danny Loong (who also happens to be an excellent blues guitarist). I was able to chat with him earlier about the music scene in the country and a possible collaboration with Lilystars to bring in great Singapore acts to Manila and vice-versa. Something worth considering especially with the kind of hospitality, promotion and exposure they are giving The Camerawalls.

We also met some folks from Requiem Rising Singapore. An events production group consisting of Filipino young professionals and artists and indie/new wave music enthusiasts. One of their members Deo Virtucio, was kind enough to share some black and white pictures he took during the event. See them below: 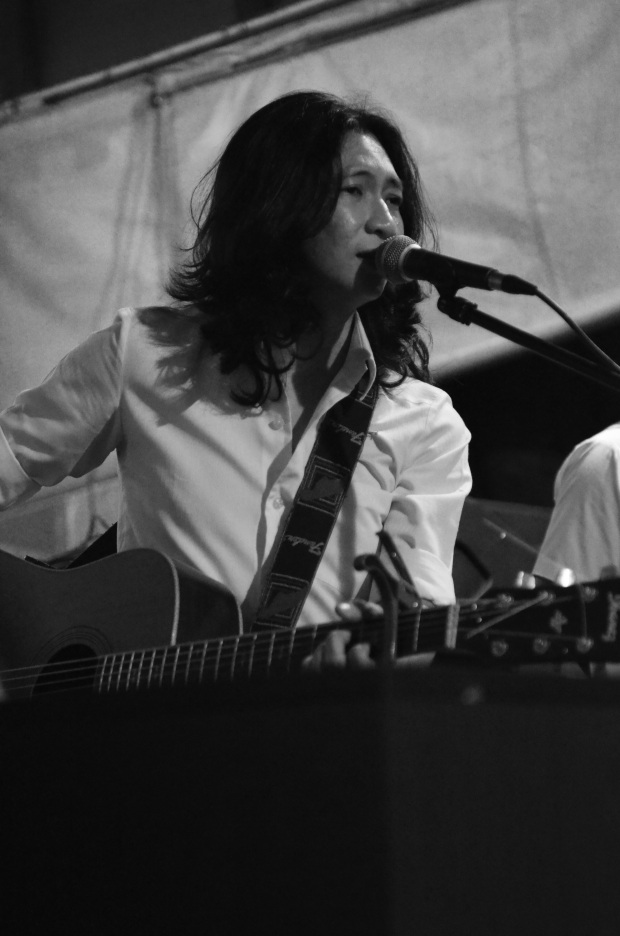 Not minding the rain. 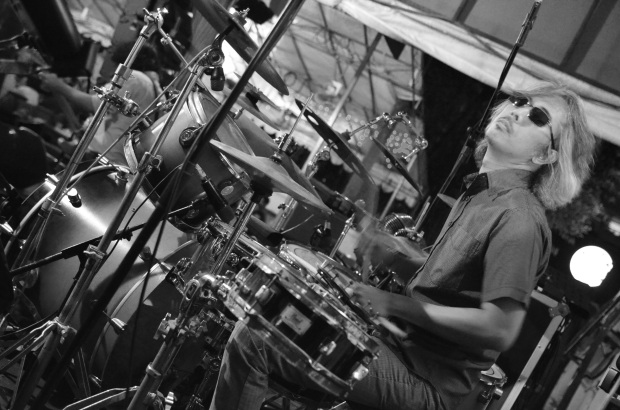 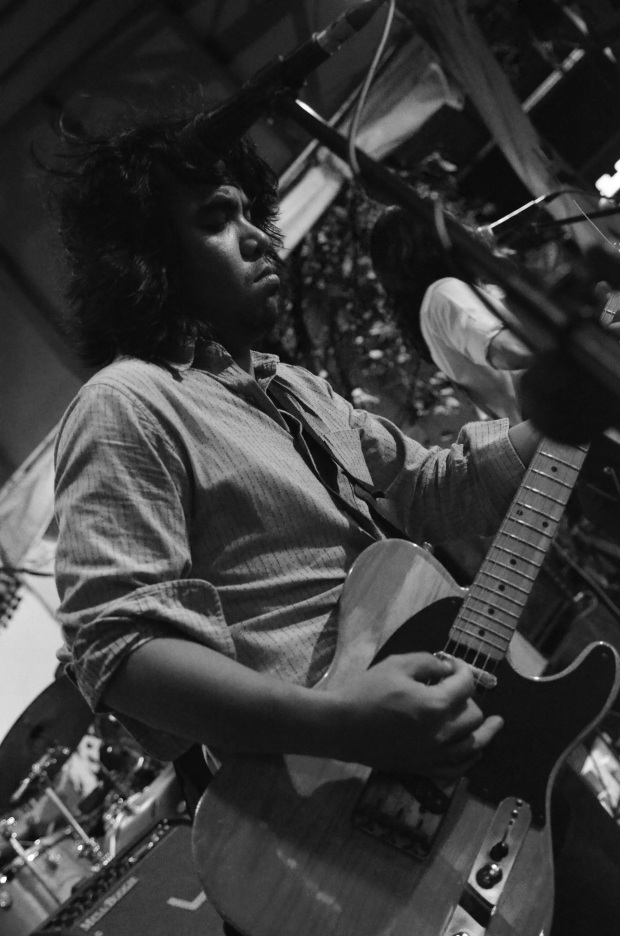 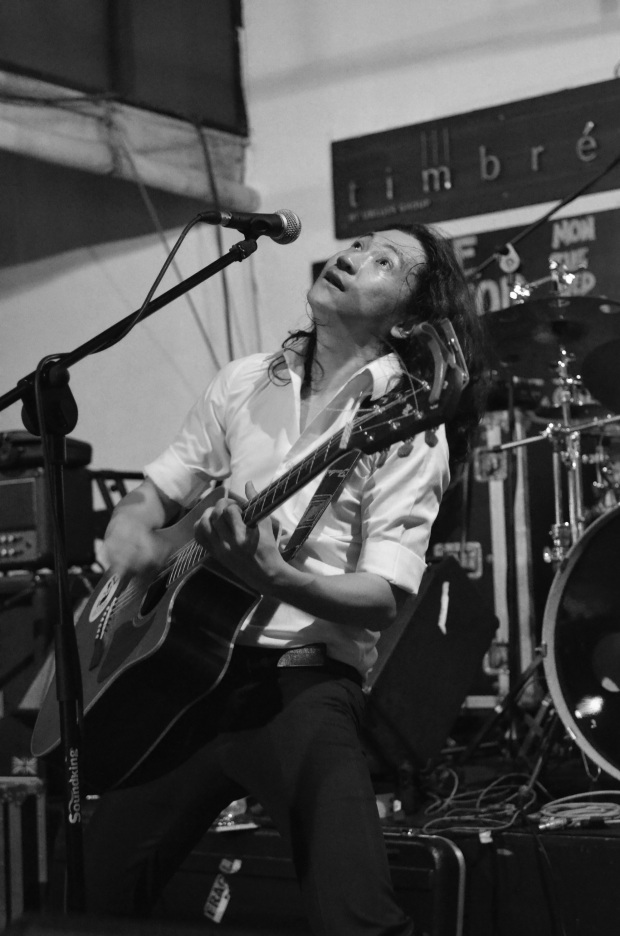 All warmed-up and spaced out.

We were able to capture “The Emperor, The Concubine & The Commoner”, our last song, on video recorded by Antonette.

Some of the good people we met, bought our records and chatted with during our first night at Timbre:

With folks from Requiem Rising Singapore. 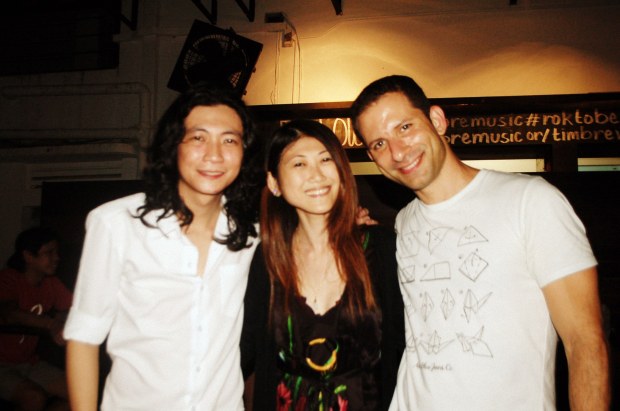 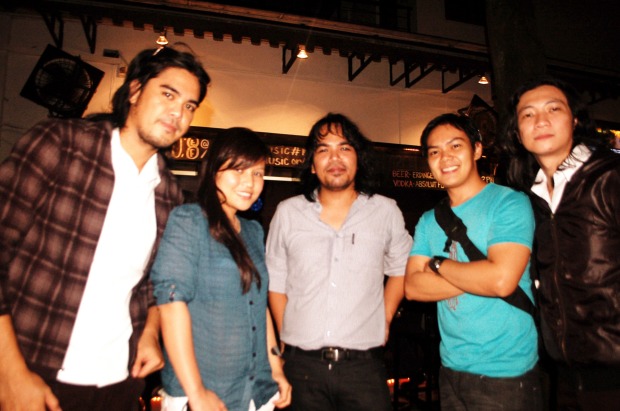 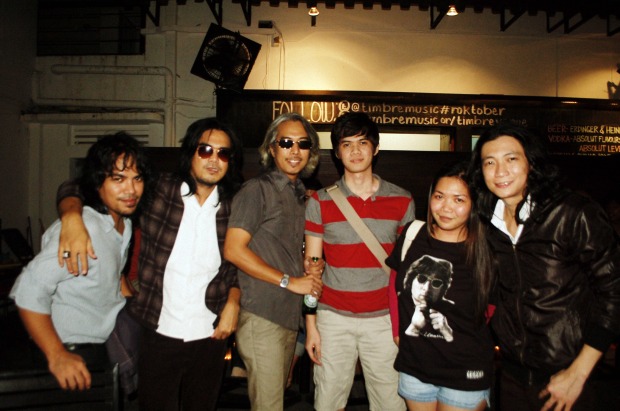 …continued at Rich In Love At Timbre (Part 2)