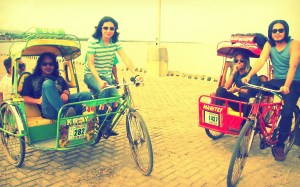 April 21. After the show in Handuraw, I was invited by Ian Zafra (Shiela & The Insects) and his friends for a night-cap at the parking lot of Cebu Grand Hotel chugging Boracay Rhum until the sun decided to show up and we scurried away for cover.

I joined my band mates for breakfast, checked out of the hotel and waited for Mary Ty to join us. She’s our producer for the San Carlos City leg and manages the bar along with her husband Guido. Mary is a Cebuano designer and one of the finalist in the 2012 MEGA Young Designers Competition.

Her cool mom delivered her to us with viands for our travel consisting of Chinese Ngohiong and Puso Rice. We traveled for more than one hour going to Toledo City port, had lunch at Jollibee while waiting to climb aboard an inter-island Ro-Ro ferry named Ocean King I. RO-RO (short for Roll-on/Roll-off ) ships are vessels designed to carry wheeled cargo such as cars, buses, trucks that are driven on and off the ship on their own wheels.

We stayed in a large, low ceiling, air-conditioned room filled with hundreds of bunk beds. The trip will last for two hours making the small top deck I chose to bunk on a welcome refuge. Bach, on the other hand, I think conquered his initial fear of traveling on sea, as the ferry slowly cruise Tanon Strait towards San Carlos Ferry Terminal.

Guido Apares was already waiting for us when we arrived at the port. Earlier, I was telling the guys that pedicabs on large wheels are the king of the road in San Carlos City and is the common mode of transport. Since we wont fit in with our luggage inside Guido’s truck, I asked if we can ride the pedicabs instead. Which we did all the way to the venue for sound check.

Guido’s is an open air watering hole with a current jungle themed designed very prominent especially on the stage / dance floor area.  It is one of the very few gigging places in the city surrounded with hills and open land. It opened May of last year and is all about good food, music and sports. Their specialty is the original Illonggo style Kansi, which is sort of like a cross between Bulalo (beef bone marrow and vegetables soup) and Sinigang (sour pork soup). And we are having that for dinner.

We did a quick sound check then headed to a rental house, our lodging for the night,  owned by a city councilor.

Mary & Guido drove us around and treated the group to a serving of La Paz Batchoy at Tanquis. We passed by a lot of soccer fields with many athlete’s playing. Apparently, there are more soccer fields than basketball courts in the city. 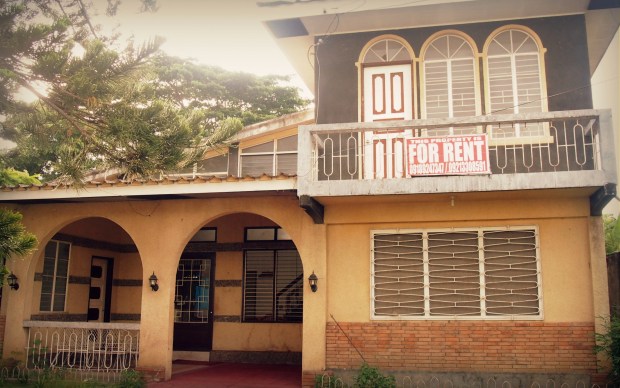 Had La Paz Batchoy at Tanquis.

Our loving hosts: Mary & Guido. They look emo in this photo but in person they’re such a funny couple. Never a dull moment with them.

Sunset at the park.

At around 9pm we had dinner at Guido’s, in a videoke room behind the stage, with servings of Kansi, stuffed crabs, meatballs, fried chicken wings, pansit, and grilled fish. Particularly enjoyed the flavorful Kansi and its soothing aroma of lemon grass. We weren’t prepared for what will come next. Mary’s mom and sister also followed to the bar and brought with them a box of Rico’s lechon from Cebu!

Some blurry photos of us on stage:

Here are some videos to compensate for the blurry photos. The sound system is pretty good.

I Love You Natalie (Live at Guido’s, San Carlos City)